A Brief History of UAV Technology 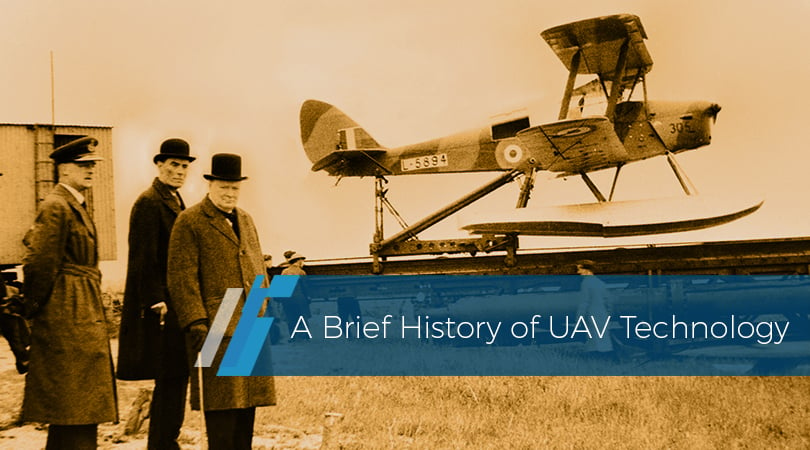 Following 9/11, the United States set itself apart with its enthusiastic exploration of military application of drone technology. Innovation in robotic sensors and the ever-growing sophistication of robotic programming have redefined how the U.S. military pursues multi-domain operations, entering a new era of security and defense. Whether laboratory research or geopolitical tensions, the proliferation of unmanned vehicles is attributed to many factors. From reconnaissance balloons during World War I to robotic control systems, here is a brief history of UAV technology.

Centered around intelligence, rescue, or offensive measures, nations at war historically pursue unconventional measures to gain an advantage over their opposition. With this in mind, the late 19th century marked the genesis of unmanned vehicles.

"Five balloons, every twenty-three feet in diameter...will be launched as near to Venice as possible...they will be fired by electromagnetism by means of a long-isolated copper wire placed on the shore."

This excerpt from an issue of Scientific American dated 1849 details the first recorded attempt by the Austrian military to use remote means of aerial bombing. While a far cry from drone use as we know it today, this was an innovative concept by 19th century standards.

Like many innovations ever invented in the history of things, Nikola Tesla thought of it first. Patented in 1898, Tesla’s drone concept was ahead of its time. The goal of manipulating vessels and vehicles wirelessly, free from cables, wires “or other forms of electrical or mechanical connection,” was tapping on the door of radio waves, yet, with radio communication still in its infancy, and commercial usage still years away, Tesla’s concept didn’t so much come to fruition as it did predict and lay the groundwork for drone warfare.

At least two era-defining steps in drone development took place between “the shot heard around the world,” which sparked World War I, and the Allies accepting Germany’s surrender, ending World War II. Resulting from a project supervised by Orville Wright and Charles Kettering, The Kettering Bug entered the stage of WWI in 1918. A modest 12 ft. long wooden biplane, engineered for calculated attacks against guarded enemy territory up to 75 miles away, the Bug could theoretically out-perform any modern field artillery. Based on simple mechanics, the Bug’s calibrations were based on direction, wind speeds, and distance – which informed the number of engine revolutions necessary to reach its target.

UAV research remained dormant following WWI until the outbreak of the second world war. While nations hovered around drone applications like in the cases of Operation Aphrodite and the TDR-1, mediocre test results, production delays, and downright mission failures plagued drone development.

With the research of UAV’s once again stagnant, rocket technology became the focus for guided munitions in the latter decades of the 20th century. Drones, as we understand them today, were ushered in by the Predator RQ-1. Tested in the 90s for surveillance, this early-stage Predator drone boasted the capability to travel 400 nautical miles, and remain airborne for 14 hours.

By every measurable standard, UAV’s use has skyrocketed. The FAA estimated that 2 million drones were registered as of 2018. Ever-diverging from their military roots, modern UAV’s are now commonplace in surveying, energy, infrastructure, and countless more fields for hobbyists and enterprise companies alike. To learn more about applications of unmanned aerial vehicles, please visit tomahawkrobotics.com.