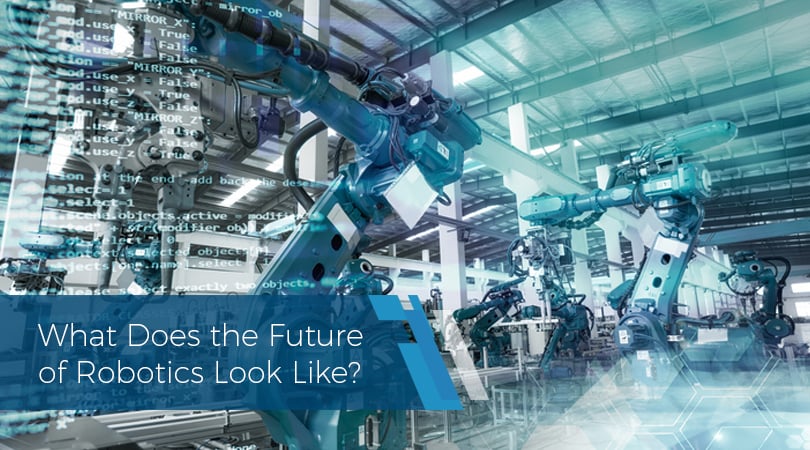 A retrospective analysis of robotics technology over the last decade would show dichotomy-shifting changes in the ways the role of such technology is seen in everyday life, their practical applications, and their ever-evolving capabilities. As we approach the 2020’s, robots are hardly the dystopia-causing overlords that we were cautioned about in the 20th century – instead, they have permeated the fields of medicine, energy, and countless more, challenging traditional methods; while providing pathways to innovative solutions. With its counterparts, artificial intelligence (AI) and robotic programming also growing in sophistication, we wanted to offer a glimpse of what the future of robots might look like.

Robotics and the Job Market

The discussion of robots taking jobs away from workers is ongoing and worthwhile – but for what it’s worth, the resounding conclusion of many industry experts is that automation will, yes – drastically change the job market, but by way of creating job opportunities. The Center for Economics and Business Research concluded that the increased research and investment in robotics technology contributed approximately 10% of GDP per capita growth in counties belonging to the Organization for Economic Co-Operation and Development (OECD) between 1993 and 2016, of which, the United States is a member.

The positive relationship between automation and economic growth should calm the skepticism of those who fear being replaced by a robot. A wealth of evidence shows that as employers pursue robotic technologies with increasing enthusiasm, job titles and universal skill sets might change, but ultimately, job opportunities will continually increase.

Tesla and SpaceX CEO Elon Musk garnered a lot of attention by issuing a warning to political leaders earlier this year – stating that Artificial Intelligence is “a fundamental existential risk for human civilization,” quickly adding “…and I don’t think people fully appreciate that.” Dire in tone and ominous in its conclusion, the takeaway is that there are currently few laws directly affecting the applications of AI, due to its relatively young state.

With AI slowly being integrated into very nuanced and personal aspects of our lives, such as our finances, healthcare, and security – it naturally follows that systems of accountability should be established around this technology. Calls for regulatory legislation are already occurring, and we anticipate more and more industry leaders advocating for laws and restrictions around AI, to ensure ethical and moral practices are in place.

The “Holy Grail,” the “Freebird” of the robotics world right now is the self-driving car. Some see an Isaac Asimov-ian nightmare playing out in front of their very eyes – however, innovators in the industry anticipate driverless technology will contribute roughly $7 trillion to the global economy over the next few decades, and save potentially half a million lives in the process.

Along this theme, voice-operated devices, advanced robotics, and cloud technology are creating smart homes in front of our very eyes. Technologies like LG’s CLOi can integrate into everyday appliances, assisting owners by learning their preferences, discerning things like which items are in the washing machine and how to best treat them, as well as facilitating inter-appliance communication between refrigerators and ovens. We may not currently be living exactly as depicted in The Jetsons, but the next decade will only see more interest, investment, and development in “smart” technology.

We have only scratched the surface of what can be anticipated in the coming years, but to learn more, please visit tomahawkrobotics.com/.